We’re Creating the Open Protocol for an Economy of Ideas

We Invite You to Join Us - Register Here

We are witnessing the emergence of an Economy of Ideas, or the third generation of the internet. Web3—a group of technologies that encompasses blockchain, cryptographic protocols, digital assets, decentralized finance (Defi), social platforms, non-fungible tokens (NFTs), and distributed autonomous organizations (DAOs), combined with smart glasses that merge physical and virtual realities into one inescapable metaverse – is the third generation of the Internet.

Together, these technologies will serve as the basis for new forms of economic and social interaction arising from self-governed communities of trust that allow people to collaborate, create, exchange, and take ownership of their digital identity and assets.

For the first time in human history, we look upon an infinite digital frontier combined with the technologies for communities of trust to organize, own, create, and self-govern a global Economy of Ideas.

SEE THROUGH THE DRAMA & SPECTACLE

Volatile digital currencies and speculative, risky investments grab most media attention. That’s simply the spectacle, the rockets’ red glare and bombs bursting in air. It’s a distraction from something much more important. What matters most are the flags and the communities and values those flags represent. What matters most are the self-governed and self-funded communities, currencies, marketplaces, ecosystems, standards, and protocols. 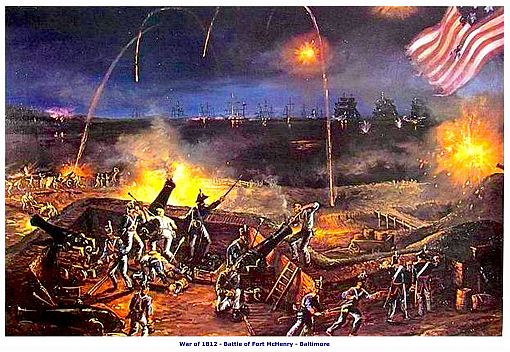 Groups of people worldwide are creating digital communities of trust imbued with specific values and goals. They’re creating and self-funding their own decentralized financial system. Digital pioneers are creating a parallel digital economy that will co-exist and increasingly interoperate with the physical economy.

Few would debate that Web2, powered by massive global data monopolies, took a wrong turn along the way.

Neither the public sector nor the private sector has figured out how to grapple with the Pandora’s Box of privacy breaches, disinformation, monopolistic practices, and algorithmic biases that have come to define much of the Internet.

Meanwhile, authoritarian governments have never had more data with which to surveil, censor, and manipulate their citizens and those of other nations.

We need to have a serious conversation about the role we want technology to play in open societies. In this sense, web3 isn’t just a new wave of innovation. It’s an opportunity for a reset that allows us to obtain profound new benefits while solving some of the thorniest problems arising out of the technologies of the past.

What it means to be human in a digital world will change based on what we chose to create. And Web3 technologies provide the foundation to organize, fund, and create anything we can imagine.

An introduction to core Web3 foundational technology and business model themes while illuminating the driving values behind the key innovations.

Joel Clelland the CEO of Centric explains coins, tokens, synthetic coins, and stable coins to help business leaders understand how and why they should begin taking payments in alternate currencies.

PART 3: THe many Problems with NFTs

There’s a tremendous disconnect between what NFT advocates say they do and what NFTs can actually do. It’s all broken – none of it really works as the advocates say.

In Pursuit of Fair Exchange

Looking deeper, NFTs also provide a transformational opportunity to create digital twins of all physical objects to both learn and optimize how all “smart” physical things around us can intelligently interoperate and interact with humans.

DAOs are organizations whose management functions are represented by rules encoded as smart contracts that are controlled by their members.

For the first time in human history, people from around the globe can organize and self-fund their shared mission. The traditional gatekeepers of collective human potential are bypassed enabling anything any group may want to accomplish.

May 12 Who will Own the Economy of Ideas?

June 23 The Internet of Behaviors (IoB)

“They who give up freedom of thought for peace of mind, deserve neither”

Creating the Standard for Digital Rights

We’re focusing on how humanity can control the technology around us by limiting the uses of our data, even after it’s been shared. This requires creating a global standard for attaching and enforcing agreements to our increasingly mobile data.

If the pervasive automation of regulations, policies, licenses, and preferences impacts your organization, we’d enjoy discussing how we can collaborate.